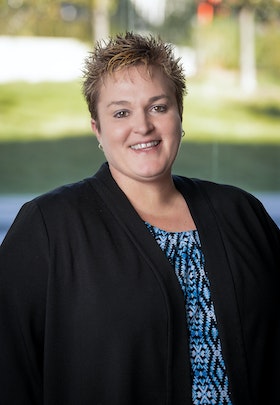 Serving as the Executive Director for the Dallas Sports Commission, Monica Paul plays an essential role in implementing bid strategies and marketing programs that enhance Dallas' acquisition of sports competitions and events, including solicitation of Olympic, professional, collegiate and amateur sports, events and meetings. Most recently, she was honored by Connect Sports in 2015 as one of the Top IX Women in the Sports Tourism Industry and by Connect Magazine as being one of the "40 Under 40: Class of 2013," as a leader and innovator in the industry.

Prior to joining the Dallas Convention & Visitors Bureau in 2008, Paul was the Associate Director of Events at USA Volleyball where she oversaw the international events for the USA Women's and Men's National Teams from 2007-2008. She was also the Director of Competition for the 2007 National Senior Games in Louisville, Kentucky, where 12,000 senior athletes competed in 18 sports over a 16-day period. Prior to the NSGA, Paul was Director of International and Domestic Events for USA Taekwondo from 2004-2006 and Director of Events, Marketing and Sponsorships for the Junior Volleyball Association of Austin from 2001-2003. While at the University of Texas at Austin, Monica joined USA Volleyball in 1997 as the Technical Coordinator for the USA Women's National Team and was a part of the USA Delegation for the 2000 and 2004 Olympic Games.

"Managing the logistics and accessibility for our event is formidable. The Dallas Sports Commission was an outstanding partner that embraced our program, our Veterans and helped open doors that were essential for the success of our event. " Dave Tostenrude Director National Veterans Wheelchair Games